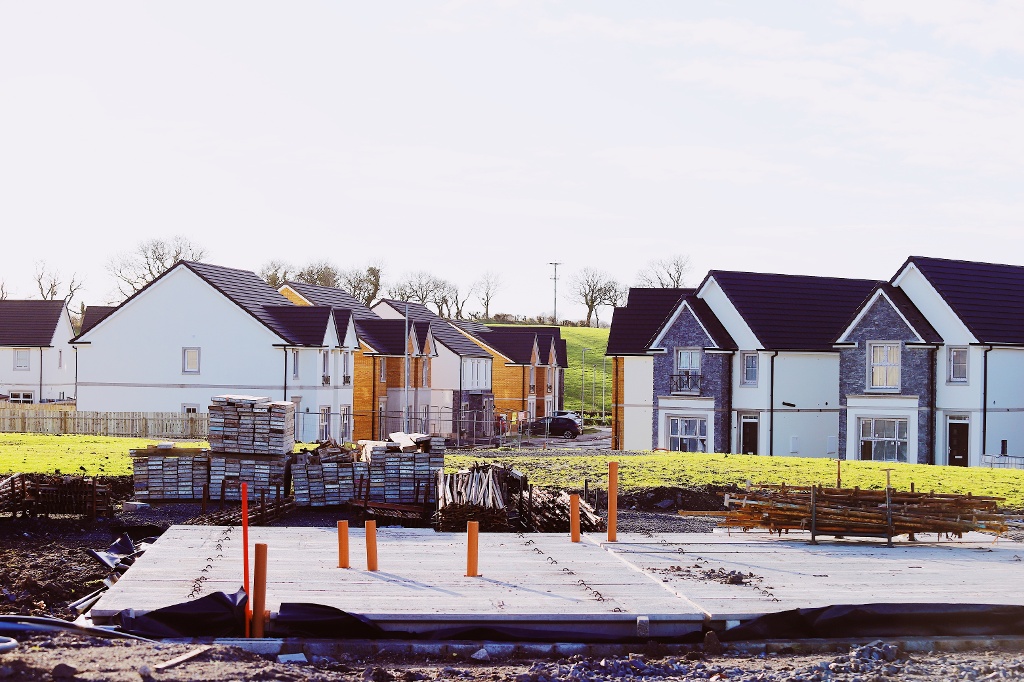 Local house prices grew by 7.4% in the early part of the year to an average of £154,012, according to a survey by Nationwide Building Society.

The report on sales by the lender is the first statistical indication of the performance of the housing market during the first quarter of the year.

Property values have defied predictions of a downturn caused by the pandemic, with demand instead growing as people spend more time at home during lockdowns.

Northern Ireland's rate of price growth between the first quarter of last year - before the pandemic hit - and the first few months of this year was the third highest, behind the west Midlands at 7.6% and the north-west of England at 8.2%.

Nationwide chief economist Robert Gardner said that figure was the "strongest price growth seen in the north-west region since 2005, and average prices reached a record high of £181,999".

However, UK-wide prices in March dropped by 0.2% when compared to February.

Mr Gardner said: "The slowdown in March probably reflects a softening of demand ahead of the original end of the stamp duty holiday before the Chancellor announced the extension in the Budget."

The stamp duty holiday was due to end on March 31, but it was extended until June 30 in the recent Budget.

"It may be that the recovery continues to gather momentum and that shifts in housing demand resulting from the Covid pandemic continue to lift the market.

"However, if the labour market weakens towards the end of the year as policy support is withdrawn, as most analysts expect, then activity is likely to slow nearer the end of 2021, perhaps sharply."

Local estate agents previously said the pandemic had led buyers to put lifestyle before location and buy larger homes with gardens in the countryside, instead of urban dwellings.

They added that a growing number of Northern Irish people were moving home after years spent living in Great Britain, drawn back by cheaper house prices and the ability to work from home.