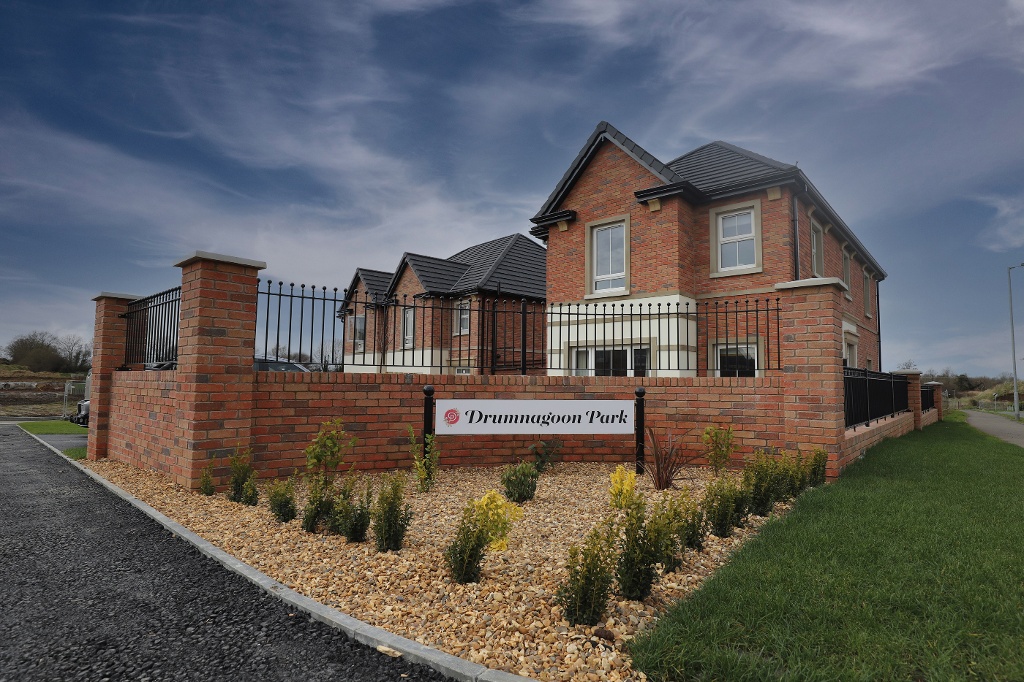 The average house price in Northern Ireland has increased by just under 8% over the last year to reach £159,151, according to a report.

The quarterly house price index from Land & Property Services said prices were up 7.9% between the end of 2020 and the last few months of 2021.

Between the third and fourth quarter of the year, there was slight growth at 0.1%.

There had been 6,150 house sales in the last quarter.

And across 11 local government areas, prices ranged from the lowest in Armagh City, Banbridge and Craigavon at £138,944, to £184,847 in Lisburn and Castlereagh.

And quarter on quarter, Fermanagh and Omagh had the strongest percentage growth at 4.2% to £143,826.

But three out of 11 districts saw a fall in quarterly average prices, with Armagh, Banbridge and Craigavon’s average down 1.8%, Belfast’s down 1.5% and Newry, Mourne & Down seeing a slight fall of 0.1%.

Estate agent Simon Brien, whose agency has branches in Belfast and north, said high demand had continued through early spring.

He said the pandemic had fuelled “lifestyle moves” where people relocated to get a bigger house, a home office, a move to the countryside or to return to Northern Ireland.

But demand and strong sales for the last two years were leading to lower stock levels.

He said competitive bidding had continued into 2022 as supply was so thin.

"The demand is across all price points from first time buyer homes to larger family and country homes.

"All regions across Northern Ireland are experiencing strong demand but particularly within the greater Belfast area, North Down, North Coast and Co Antrim areas.”

And even though interest rates had gone up – with a further increase to 0.75% expected on Thursday – rates were still historically low for borrowers, he added.

And he said demand from buyers from outside Northern Ireland had continued, with numbers visiting his agency up 54% on early 2021.

“As we approach springtime, which is typically a popular time to sell, we are already beginning to see an increase in valuations which is leading to more properties coming on the market giving buyers more choice.”

Garrett O’Hare, managing director of Co Down estate agency Bradley NI, said: “2021 was an exceptional year for the south Down property market, with our highest house prices reaching close to £3m and a seafront site in Warrenpoint selling for just under £1m.

"The Carlingford Lough area has long been a hidden gem with its location between Belfast and Dublin, its scenery, and the quality of its properties, including many large, detached homes.

“But it is now fast becoming Northern Ireland’s new Gold Coast, attracting buyers from elsewhere in NI as well as many buyers from other parts of the UK, Ireland and beyond.

"It is still, relatively speaking, one of the cheapest property markets in the whole of these islands, so buyers from elsewhere are finding that their money stretches much further.”